Communists are the fucking worst heres why
1. All they ever do is joke about communism and how good it is that the government takes all their shit and gives it to people it's like having that one kid in your group who doesn't do anything and still gets full credit because the teacher doesn't see that said kid is jacking off the entire fucking time, This one time I had this group in biology and I had theese 3 stupid ass other kids who would just sit around and not do anything besides talk about all the drugs they did, one was fat one has a face that looks like an owl because it's a flat face, and the other one is a plain out shit fuck who came to class 5 minutes late because he was smoking in the bathroom and got my favorite jacket smelling like his smegma ass dick cheese and cigs which was fucking bull shit. That's what communim is like and then the government gets to decide what the peope have to produce like what the fuck is that shit? Our county needs these things produced, wooden beds, iron doors, and electric chairs, and if you don't you get put in a gulag with all those things, And even if you do make that shit you still get put in a gulag with all those things. Another thing is how it encourages being lazy because if you do work you get fuckall and if you don't do work you are given the allfucking that was taken by the hard workers. Not good not good at all, Another reason is why it sucks is because of the ironic communists who are all like yes please communism and they are the stupid kids in class who jerk their dicks off to anime and they are probably a weeaboo because if they aren't gonna get a job becaseu all they want to do is jerk off and not get a job communism will give them welfare to buy more body pillows and jerk off into them even more and then tell others how you can support communism to get more free sex toys from the government and hard working citizens 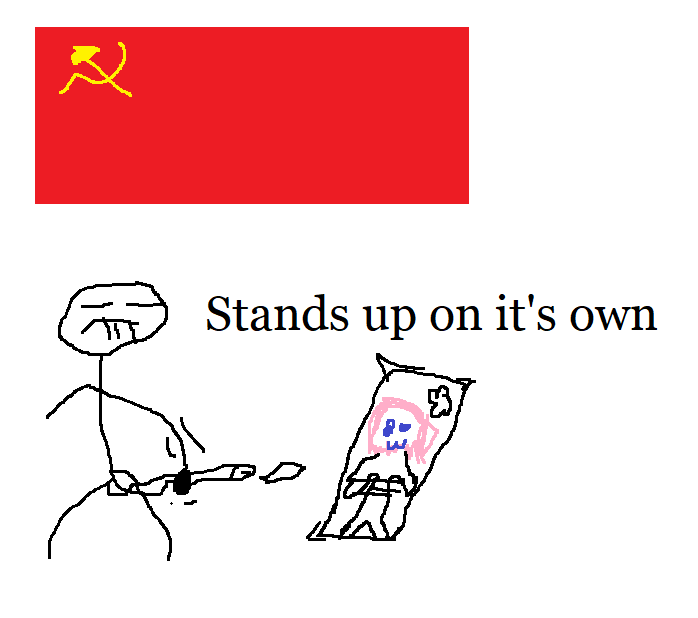